This article is part 3 of Maize's 3-part series on the voiceover pipeline of Wayward Strand. You can read the first part here, and the second part here.

Playing the wavs through Wwise:

In some ways, this was quite straightforward, because Wwise has a great implementation for playing external audio files, and once we’d figured out how to do this once with Unity’s Wwise plugin, it would work across all of the lines across all scenes. The trickiest thing here was figuring out how to organise the wavs inside the subfolders.

We ended up going for a folder structure of: <day>/<scenename>/<files, named 01.wav through 999.wav> - we could then figure out the path of a particular wav in a particular scene by knowing the day the scene was in, the scene name, and the special number that we had defined for the recordings for that line. An additional wrinkle was that we had a special folder for ‘shared’ scenes for characters, which required a different folder structure - this one was shared/<character>/<scenename>/<01.wav-999.wav> - so if it was in the ‘shared’ folder, it used that structure, otherwise it used the general day structure.

That special number mentioned just a sequential line index within the scene, but one that we ‘fixed in place’ before printing scripts out/recording sessions, so that if a scene had additional edits or structural changes after recording, the index wouldn’t change even if the scene did. Edits post-recording happened surprisingly often! Whether it was that a scene had logical issues that were only perceptible when QA testing with the VO in there, or line-reads that weren’t exactly right and could be cut without breaking the flow of the scene, or sneaky additions where lines from a few different scenes could be used to create an entirely new scene. Fixing the numbers in place turned out to be an incredibly useful approach that meant we could be fixing bugs and improving scenes after the VO was recorded, right up until release.

So what VO bugs can there be?

To fix this, I would open the relevant notation sheet, and Pro Tools file, and go digging for the correct line. This would need to be re-edited through the Pro Tools and RX presents. Sometimes the notation was the source of the mistake, and the described line didn’t exist. There’s so much to concentrate on during recording, things get missed!

Line not sliced correctly, leading to scene going out of sync

Woops! A line of dialogue wasn’t sliced properly, so now every line after it has the wrong number, and the characters are saying each other's words! Jason made a tool that scraped through all the scenes, and see if there was more or less wav files in their folders, than was expected. So I was able to go through these pretty systematically, and fix them. But, sometimes the scene would sync up again by the end, because of an additional miss-slice, and so the scene would be found through manual QA, and not any of our automated tools.

The first step is always to open the notation sheets, and check there first. They’re the source of truth! But, I didn’t always then have to open Pro Tools. I got to the point where if all the right words were there, just not in the right clips, I’d skip Pro Tools and use Audacity to slice/combine instead.

When you don’t speak Danish, and when you’re slicing through 100 lines a minute, it’s easy to miss-slice. Or it could be because a character was coughing, speaking gibberish, or making some other nonsensical sounds that were mistaken for dialogue. This would lead me back into Pro Tools, to go looking for where this missing word went. OR, in the case where a word was never said, I would either look through the scripts to find another instance of that word, or I’d go into the Ink/script file in the game and change the line there.

So, the tools I was using to fix VO bugs were:

We didn’t have many bugs! In fact the person who made the most mistakes in the editing process was me, Maize! Look, we all have our specialties... I had some stats on what percentage of scenes had bugs. I think out of the hundreds of scenes, maybe 5% of them had some small fix needed? Thankfully we had budgeted for implementation time, which ended up being half automated, so I was able to pivot to bugs which we hadn’t predicted.

The end of the process was scene direction. Jason, as well as Aspen Forster, Susan Dang, and Marigold Barlet would do scene direction using the timeline feature of Unity, as well as a totally custom suite of tools made by Jason, with assistance from Russell Dilley and Thomas Ingram. This was an additional place where VO bugs could be found, for me to fix. As well as any extra pieces of audio cues that may have been missed, and had to quickly be made and implemented.

In the end, recording and getting the VO into the game, was a massive team effort. I just have to remind myself that it IS the equivalent of 18 feature films! Massive! 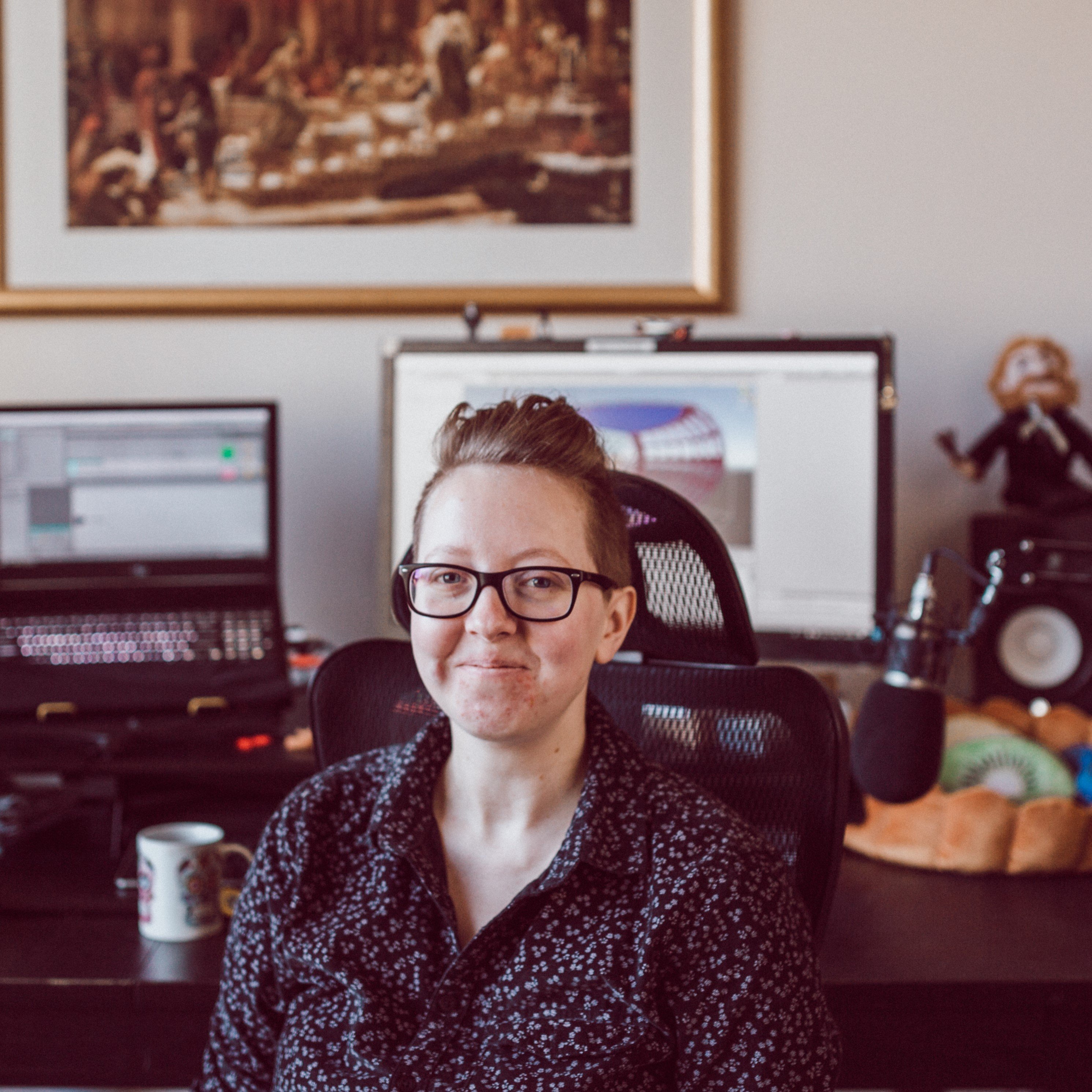