The Wwise-201 Certification for interactive music, is now live!

Over 10 years ago, Audiokinetic broke down the barriers between the stark technical side of game audio integration and the creative process where most with a passion for audio hope to spend their time. It was at that same time that the Conservatory of Recording Arts & Sciences (CRAS), an audio production school in the Arizona desert, sought a way to educate its students on the growing importance and opportunities in game audio. It was a perfect match. CRAS immediately began using Audiokinetic’s Wwise as the primary tool to give its students hallmark hands-on learning for all aspects of audio production which it teaches. After years of refining its educational approach using Wwise, CRAS was selected by Audiokinetic to scale the course concepts beyond the walls of CRAS, and to create the highly successful Wwise-101, a free educational resource serving thousands. This learning material is now not only used to learn Wwise, but also allows many to take their first steps into the world of game audio integration at large.

Behind the scenes, Wwise-201 Certification in development

When evaluating the next step in education beyond Wwise-101, the decision to focus on music was a simple one. It was merely a matter of popular demand. Initially, the idea of having a chapter dedicated to music had been kicked around for the Wwise-101 program; however, with it being such a deep topic, made even deeper with the extensive Wwise interactive music toolset, we knew it demanded its own course. A lot of thought was put into evaluating who the student of the Wwise-201 program would be. There had to be an assumption that the Wwise-201 student would have taken the Wwise-101 course because the interactive music system in Wwise draws heavily on the specific software operation occurring in that course. However, when it came to their experience in interactive music, we made no assumptions. Wwise-201 really had to be designed for composers who have never done game music integration, as well as game integrators who have never worked with the interactive music system in Wwise.

It’s been over a year now since we began taking the first steps towards creating the Wwise-201 course material. Describing the concept and technology was one thing, but creating a methodology that provides people with a hands-on approach presented a completely new level of complexity, especially when developing the kind of educational material CRAS prides itself in creating. To explore everything from big picture concepts to specific features in Wwise required setting up the proper scenarios. To create these scenarios meant that the sample game and the music needed to be tailored so that we would be able to create very specific opportunities for learning the vast feature set found within Wwise. The amazing team at Audiokinetic was able to quickly tweak and modify Cube. However, the musical assets which needed to accompany the course were a completely different challenge.

This is where the dynamic duo from Vibe Avenue, the compositional team of FX Dupas and Mathieu Lavoie (also from Montreal), came in. FX and Mathieu are not only very good at composing game music, but they’re also game audio integrators experienced in Wwise. And, to top it all off, both are actually distinguished game audio educators teaching interactive music at Université de Montréal and Université du Québec à Montréal,  respectively.  This allowed for instant understanding in regards to what needed to be done, and why it needed to be done.

It was truly a dream being able to ask “can you write me a three quarter time section to transition between the Explore theme’s A and B sections so we can demonstrate the importance of overriding the parent hierarchy when dealing with multiple time signatures?”  Not only could they understand what we needed, but they were able to offer their advice to influence the course based on their real-world experience. Thanks Vibe!

With more than 300 pages of step-by-step, guided instructions, including a game and all the musical assets, we can now say, mission accomplished! Today, anyone can learn music integration in Wwise, and for free! Furthermore, to formalize and promote your knowledge, the Wwise-201 certification exam, for an examination fee, is open to anyone who has completed their Wwise-101 certification. This added credential will be displayed in the Wwise Creators Directory, validating your understanding of integrating interactive music in Wwise.

We hope that you find the Wwise-201 learning material as exciting and useful as we do, and that it will help you and your teams achieve your interactive music goals. 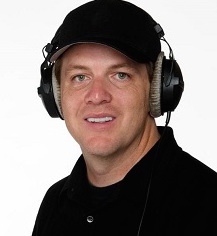 Robert Brock is the Digital Recording dept. director at the Conservatory of Recording Arts & Sciences [CRAS], an audio production school based in Arizona. Brock worked closely with Audiokinetic to integrate Wwise as the primary hands-on tool for introducing audio production students to game audio integration, and has played a central role in developing both the Wwise-101 Certification and the Wwise-201 Certification learning materials. In 2009 Brock was awarded the honor of becoming an Apple Distinguished Educator due to his involvement in spearheading the 1 to 1 laptop initiative at the Conservatory. Brock also works as an engineer, producer, and audio consultant in addition to performing regularly as an accomplished keyboardist.