Since there are much better folks out there to write on sound design & technical implementation, I am taking this opportunity to write a sister piece to my 2018 blog, Dream Job.

“I rejected crunch from the outset and make it known to our clients that our staff are only available from 9-5 on weekdays.”

This quote is very specific to crunch, and so is this article, but there is a broader thrust: many problems–several affecting worker welfare–occur because someone, at some point, didn’t say “no”.

Why is it so hard?

There are many reasons, but in my experience the two most common are:

Saying “no” is one of the hardest skills to learn. I wouldn’t honestly say I’m great at it–I am miserable at saying “no” on my own behalf (I’m improving) and wind up working some unhealthy hours because of it; but am proud to say I’ve gotten very good at saying it on behalf of my team and empowering them to do so. As a result, it is not rare for the audio department on our larger projects to be finished ahead of schedule, to a high quality bar, while also working minimal involuntarily overtime and no weekends.

Is it because sound is easier than other disciplines? No one reading an Audiokinetic blog will accept that! Is it because we’re better at our jobs? Hell no. We work with world-class folks in every field.

It is because over the years we’ve trained ourselves when and how to say “no”, and, more importantly, our clients to predict if we’re going to say it.

“No” is difficult because it is intrinsically confrontational. It is the direct denial of someone’s wishes. I’d like to reframe it so that readers, especially those in supervisory positions whose teams rely on them to maintain a healthy workplace, might find it easier.

Most of us in game development are creatives, not businesspeople. We create because we find joy in making people happy. We are people-pleasers. This extends not just to our audience, but to our clients and employers. It is taken advantage of in some cases, but in many other cases (speaking from experience and observation) we will throw ourselves voluntarily–without anyone even asking–onto the pikes of “please like me & my stuff!”, to our own detriment.

Additionally, we often come from freelancing backgrounds working gig to gig, and the worm of financial insecurity has burrowed into the most primal parts of our brains. Saying “no” could mean famine & death! When, in reality, most of the time it will result in “OK, we’ll make some adjustments”.  Many, however, come from underprivileged backgrounds where any form of defiance is exacerbated by conscious or unconscious biases of the receiver, who very well may take them as grievous subordination resulting in discrimination, nightmarish conditions or outright dismissal. There are many reasons that the possibility of having to defy an order puts a pit in our stomachs.

That’s why, while I hope this blog is useful for everyone, it will have the greatest impact with people in supervisory roles, present and future. Leadership isn’t bossing people around. It’s not keeping people in line. It is, first and foremost, managing morale so your team can do their best work, happily, for as long as possible. Saying “no” downward is easy. That’s not leadership. Leadership is saying it up.

When you don’t say it

We’ve all been there: the deadline is in 2 weeks. You’re waiting for resources (animations, final VFX, etc.) to come in, taking care of all other possible auxiliary tasks in the meantime.

The deadline is one week away. You’ve been touching base with the game’s producer regularly to see when visuals are going to be locked so design can finalize. “They’ll be ready tomorrow”.

They’re not ready tomorrow. Or the next day.

4 days from pencils-down, 2 weeks worth of visuals that need design, implementation & testing suddenly flood in. The deadline hasn’t moved an inch. Your producer asks you to do them a solid; it would really mean a lot if you could pull out all the stops on this.

You didn’t get into this industry to produce mediocre work. You rally your crew and tell them “it’s going to be a long few days but let’s give it our all and give the people a great sounding game”. Except in many very public instances it is weeks or months, even years. You give it your all. And it happens again, and again, and again. People miss weddings, birthdays and date nights with their partners because the railgun didn’t sound quite iconic enough yet.

There were so many opportunities to prevent this and protect your team’s mental & physical health. To not steal so much of their lives for a video game that very well might still tank and be forgotten no matter how good it sounds. All of them involve a reasoned, preemptive and tactful “no”.

At the end of the day, this is a simple matter of setting clear boundaries. While most of the producers we work with are wonderful and empathetic people, their job is still maintaining a bottom line. Games are not charities. So we have to frame our reasoning for refusal in ways that reflect this goal. Done well enough, eventually your producers will be saying “no” on your behalf. It might even cascade to other departments.

Here’s how I like to frame things for those whose job it is to watch the bottom line:

Crunch is expensive, and produces a worse product. Our reputation relies on the quality of our product, therefore crunch is unacceptable.

If you want to spend more money for a worse product, be my guest and crunch away, but not with my team.

And guess what? We’ve never lost a gig over this. And if we did? Good riddance.

You don’t have to communicate all these details unless pressed. As my original quote implies: before we sign a contract, we make it clear: “We work defined hours. We have resource delivery expectations to do our work in a timely manner. If these expectations aren’t met, hitting your deadline is no longer our responsibility. Certain things will not be finished, or we can bring on external help (at greater expense) who will also work reasonable hours”. We’re making games, not pulling people out of flaming apartments. Many producers and executives already understand this, so don’t patronize them by coming in guns blazing. But they are people-pleasers as well; they too fall into the traps of over-optimism and insecurity.

Sometimes they just need a reminder. And that’s all “no” has to be. 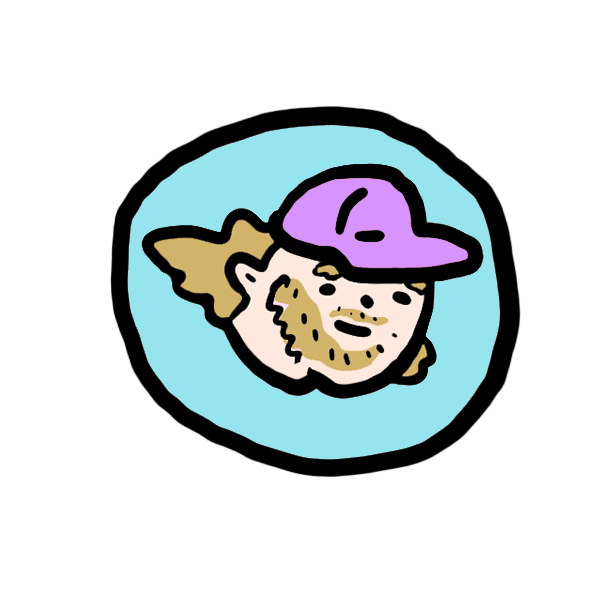 A Shell in the Pit

A Shell in the Pit

Gordon McGladdery is the founder of A Shell in the Pit, an employee-first Vancouver studio in Vancouver, Canada. A Shell in the Pit creates SFX, music, technical audio systems & trailers. Their projects include Untitled Goose Game, Rogue Legacy 1 & 2, Chicory, Godfall, Smarter Every Day JETT; The Far Shore, Sneaky Sasquatch and dozens more.