Do iPhones sound better, and if so, why? What about Huawei mobile phones, how do they sound? Different models of mobile phones will sound different, and although I’ve been working on mobile games for a couple of years now, I realized that I had never experimented with comparing the sounds of mobile phones.  I decided to look into this as I was curious about what we can we do to improve audio in mobile games.  I set aside some time to test:

Of course “popular” mobiles are different in different places. The models I collected for testing represent the most popular devices in China (during the time of testing).  While I was not expecting to have concrete conclusions,  I was hoping to identify common phenomenons, similarities or differences, and perhaps come up with some tricks towards better sounding mobile games.  The mobile phones I used for testing:

When choosing the games for testing, I decided to select games that would represent different types of game sounds, with a range of loudness and game play modes. I selected seven different mobile games that were very popular in the Chinese mobile game market and that represented different game types.

About the Speaker Box in mobile devices

This research is suppose to: 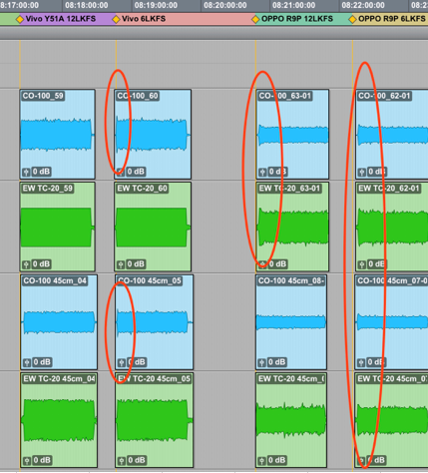 Any source louder than -16LKFS is meaningless, and only sharper sounds can be perceived as louder at times. However sharper sounds on mobile phones are aggressive.

More charts for reference ( click on images to enlarge ) 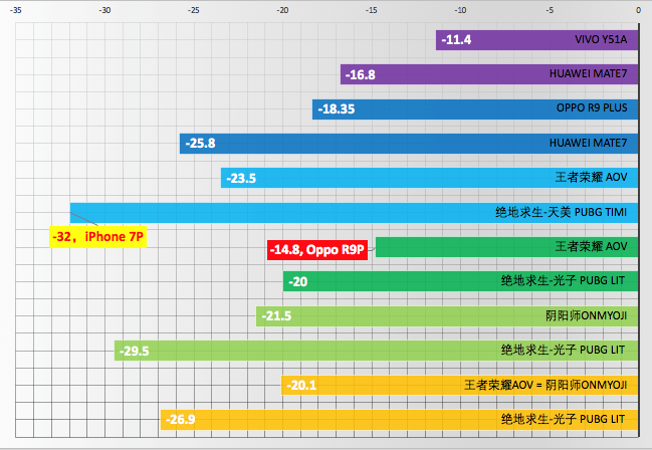 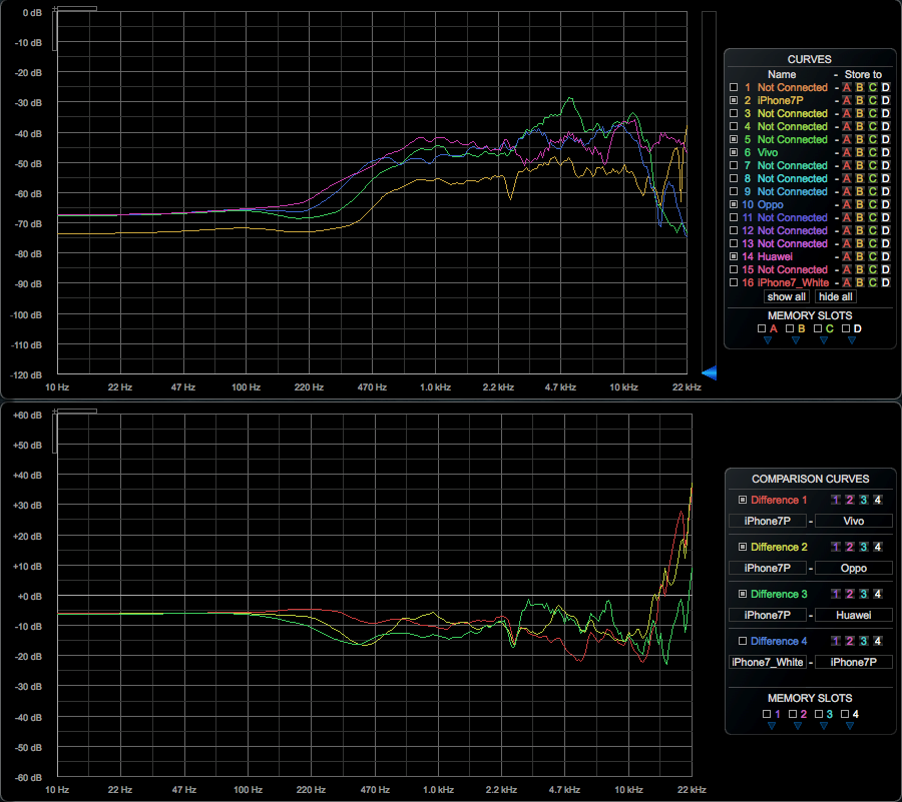 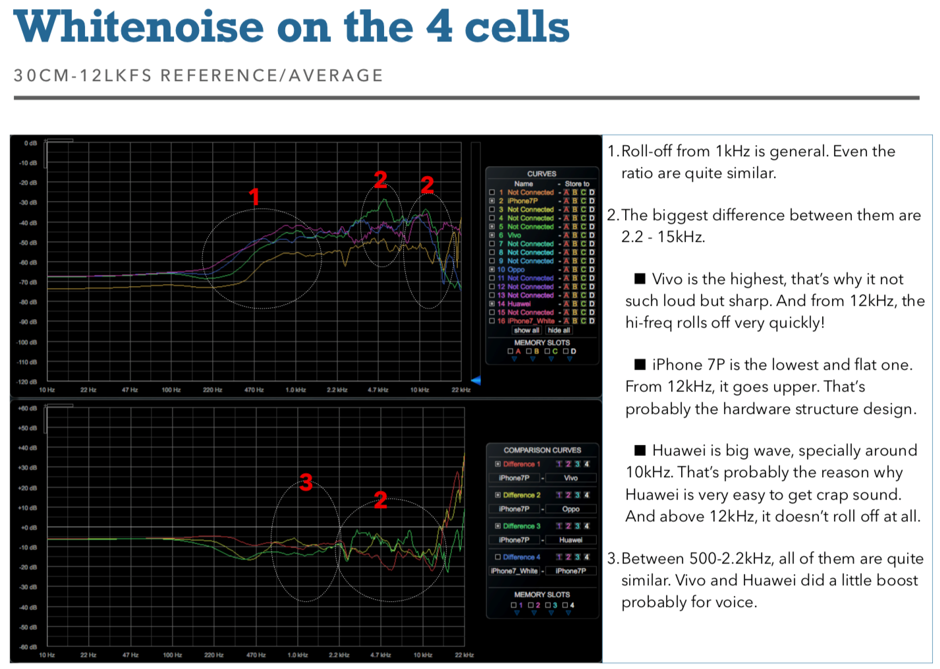 Frequency response on smart phones is really hard to explain in one article. So, I've included a 30 page PDF for you to dive into in  your spare time. In the 30 pages PDF, there are lot of details you can observe from the spectrums, and you can probably come up with more audio tricks for mobile games. I hope you'll find this information helpful!

I'd like to thank Next Studio for their support. Many thanks to Mr.ZhangXin and Mr.Zhanglei from the Next audio team. 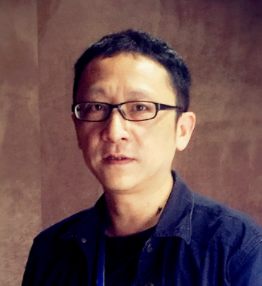 Digimonk is a game dev veteran since 1998. Having worked for Ubisoft, 2K Games, Sheng You Sheng, Virtuos, he has sound design credits in over 100 games. He is currently the audio director at Tencent Aurora Studio. In 2012, he independently produced his high-quality sound library Foley Stage and published it worldwide. Since then, he designed and produced three high-quality sound libraries, 机器之心 (Heart of Machines), 微观世界（一） (Microscopic World Vol. 1) and 北风 (Northern Wind), which were published in Europe, North America, Japan, and China.

Great post and resource! Especially helpful as I've done a few VR/360 videos where there seems to be no current spec, at least knowing that they're still primarily viewed on mobile, and having this data, one can at least mix towards the platform. I was mixing to -17LKFS (+/-2)[-2dBFS peak] based on a stereo youtube spec established by one of my larger clients. But I'm happy to have this data for any future projects. Thanks for doing all of this!

This has always been an interesting topic that I often discuss with my friends, and there are such meticulous results. THANKS for sharing