Award winning composer and sound designer Pedro Macedo Camacho has brought his amazing talents to titles like Audiosurf, Fury, Ghost Pirates and A Vampyre Story where he created textured atmospheres that meld into the psyche of the game itself.

Recently he took on a musical project with a difference, composing the score and sound design for the live performance of a play by the beloved Portuguese playwright Gil Valente. We sat down and talked with Pedro about his work and this latest project and asked him how he created the complex soundscape for a live performance using Wwise.

Can you talk about your background and how you got started in the Game industry?

I have been playing games since I was 3 years old. I started with Spectrum, which was very limited in terms of audio. After Commodore 64, I got a Commodore Amiga and, for the first time, I could listen to good quality music in games. It was after I listened to the music in games like Shadows of the Beast, Flashback, and Project X, that I decided I wanted to compose music!

So, in the early 90’s I started exploring music using Commodore Amiga Trackers.

In 1994, at the age of 15, I started studying composition with the Argentinean Maestro Roberto Perez and, in 1997, I moved to Lisbon to continue my studies in composition at the prestigious National Conservatoire for four years.

I was extremely lucky to have the opportunity to learn orchestration, harmony, counterpoint, and composition analysis with the best teacher in Portugal (and perhaps the best living Portuguese composer), Eurico Carrapatoso. Under his guidance I was lucky enough to achieve the perfect A+ classification every single year.

While studying classical music, I was also studying jazz theory, composition, and piano with the pianist Jorge Borges, and other Portuguese jazz masters, in the most famous Portuguese jazz school, “Hot Clube Portugal.”

After finishing my studies, I took a few years to learn, practice, and write music for classical and jazz ensembles. During this time, I continued to play games on a daily basis and so, in 2006, I said to myself, “Why not try to my luck at what made me start studying music in the first place? Why not try my luck at writing music for games?”

Tell us about some of the work you have done to date in the industry.

I guess the most important titles I have worked on include the hit game Audiosurf (Valve, PC), where I won the Independent Games Festival Excellence in Audio Award, Fairytale Fights (Playlogic, XBOX360, PS3) where I just won the Dutch Game Awards Audio Design Award, Fury (Auran/Codemasters, PC), Sacred 2 (Ascaron/Deep Silver, PC), 3DMark11 (Futuremark, PC) and, finally, Ghost Pirates and A Vampyre Story (Autumn Moon Entertainment, PC). Both these games were made by the famous ex-Lucas Arts Lead Artist Bill Tiller.

Can you describe this initiative to us?

I was honored to be invited to take part in this non-profit, volunteer-based production of a very old play written by the most famous Portuguese playwright, Gil Vicente. It is an intense love story set in Constantinople in the sixteenth century. The whole production was partly supported by the Art Inclusion Nucleus section of Portuguese Special Education and Rehabilitation Department as a way to help and integrate disabled people into society.

Why did you choose to use a technology dedicated to game development for the performance?

Also I wanted to avoid at all costs any kind of unrealistic ending like fade outs or mere stops in the music. I composed this score to have an appropriate musical ending whenever needed.

How did using Wwise help you to achieve your creative vision?

Wwise made all the difference. In the end after watching play, the audience commented, “It seemed like a movie! How did you sync everything so well with the performance? How did you time everything perfectly?”

My creative vision was to make people believe they were watching a movie and demonstrate that I could achieve a really high standard of quality in a live production even when there were a few disabled actors in the cast.

Of course everyone gave their best in the play but having music that supported all the key moments in the play made everything so much more polished. Can you talk about your experience with Wwise, what are your favorite features and the main benefits?

Wwise is very easy to work with; I had no problems or issues, and produced amazing results. Of course it is a lot harder to compose, but the implementation is simple and straightforward.

I believe that when a composer creates his music knowing how he will structure everything afterwards in the Interactive Music Engine makes a huge difference. Being able to use the vertical approach together with the horizontal approach controlled by RTCPs is perhaps Wwise’s greatest feature.

The main benefit of using Wwise is Freedom! With Wwise I am able to adapt my music perfectly to a given scene or level in a Game or Theater Project.

Based on your experience, will you continue to use Wwise on future titles or projects?

Definitely, I just wish I could use Wwise on ALL my future game and theater projects.

What are you working on next?

I was commissioned by the Maestro Artur Pinho Maria, who is in charge of one of the most prestigious orchestras in Portugal, Orquestra Clássica do Centro, to compose a forty to sixty minute Requiem for Orchestra and Choir to commemorate the 650th year of the death of Inês de Castro (1325-1355). Inês de Castro was a very famous Portuguese noblewoman, who had a really tragic life and death. The Requiem will have its world premiere performance in April of next year.

Her love story is one of the most touching and tragic in the world. Without giving away too much of the story, in the end she was crowned Queen of Portugal after her death by King Pedro I in 1360.

So this times no fancy technology, samplers, or Wwise, “just” plain and simple pen and paper. Despite my love of Wwise, it will be a nice change to get back to my roots.

Audiences have come to expect the same rich soundtracks in a live theatre performance that they enjoy in films. With Wwise, Pedro Macedo Camacho was able to deliver a complex, responsive, and multi-dimensional musical experience to his theatre audience, just like he would by using Wwise in game project. A perfect match of genius and technology. 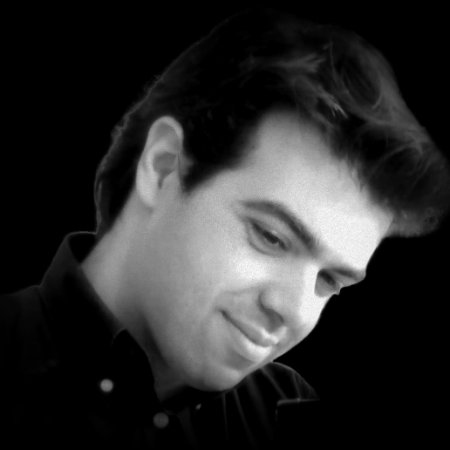 Pedro's music could be described as conceptual, innovative and expressive concert music that is deeply linked with "melodic scenes" from the modern classical tradition refreshed with both old and new trends. Pedro is best known for his Concert work such as REQUIEM INÊS DE CASTRO, Sci-Fi score in Chris Roberts' STAR CITIZEN, Fantasy Humor with ex-Lucas Arts lead artist Bill Tiller on VAMPYRE STORY, the critically acclaimed jazz/period drama score for 1954 ALCATRAZ. "There are only two types of music: Good and Bad. I try to make the first type but I will let your ear be the judge." Recently, Pedro has been working on selected high profile brands for high end Commercial Work.