Looking back on the last couple weeks, wow… March was a non-stop adventure of Game Audio actionsauce. GDC was followed immediately by one of my favorite vacations and conventions, the JoCoCruise, a boat filled with writers, coders, gamers, and musicians. The week that followed involved catching up on two weeks of networking, asset deadlines, and then boarding a plane to another event. To wrap it all up, as I am typing this,  I am on my way back to the airport in San Fran to fly home from #CodeSpa, a new Virtual Reality Programming Workshop that was held at the Mount Madonna Center in the Santa Cruz Mountains. With all the travel and crunch of March finally slowing down, I’m glad to put my thoughts to ‘paper’ on how my GDC 2017 went.

This was my second year as a presenter at GDC, this time around, instead of being on panels, I gave two talks.  My first presentation was about audio, but I was excited to have it accepted into the Narrative Summit.  “Telling Story Through Sound: Building an Interactive Radioplay” was about the development of a small studio game project that I helped develop while working at Schell Games, and interactive story adventure in the world of Sherlock Holmes titled “The Baker Street Experience” for the Amazon Echo.  The main points of the talk were to encourage and hopefully inspire narrative designers, and game development teams, to use sound effects, music, and real voice actors in their audio games, rather than defaulting to ‘robo-speak’ from the software, to help make a more immersive experience.  We delved into how new and popular devices, such as the Amazon Echo, are making audio game development developer friendly, but many apps out there are not taking advantage of how far we can push the quality of our products.  Originally we (my fellow co-speaker, Mike Lee, and I) had presented our talk proposal as an audio talk, but I’m glad that we were instead encouraged to push our topic to an audience that would benefit more from what we had to say.  As audio folks, we know how important sound can be, and how much putting that extra bit of time and budget into sound design can help immensely, but the rest of the dev team often needs a reminder. We had a very positive response after our talk, lots of developers, companies, and coders stopped by afterwards for QA, so I feel that we definitely made an impact, or at least inspired many buy our game example. My second talk was part of the tuesday summits, the Audio Bootcamp. I was encouraged by organizer Scott Selfon to do a talk about the trials and tribulations I had during my first four years at Schell Games, in which I was a one person department while the company grew around me.  “Party of One: How to be ‘The Audio Department’” was the result. Since standing on your own, while being slowly buried as your workload goes from one to 6 projects at the same time, I did my best to present solutions and advice in three parts; Be an Advocate for Audio, Be more Visible and Active, Stay Sane and Healthy.  On Audio Bootcamp Day, I was surprised, pleasantly, to realize that many of the talks shared similar points to the ones in my own. The messages of be an advocate for your field, reminders of how to be active in your community and in your company, and to take better care of yourself during crunch and downtimes were constant threads throughout the day (and continued through the week in many other discussions). The Voice Over Roundtable: The Art of Creating Great VO (part one and two) were great examples of that continued thread.  Across both segments, the message was repeated by speaker Andrea Toyias, Voice Over Director at Blizzard; Protect your actors and help them to protect their instruments (their voices).  There were examples and tips on how to make the best environment for your voice actors as well as forcing better standards for trackers in the studio to make their lives and your editor’s lives easier.  This two part roundtable ended up being more of a workshop, but the attendance was great and the public demands more so I hope to see more panels, presentations, and discussions on VO in the future!

Speaking of roundtables, this GDC held the first discussion group from IGDA VAMR (Virtual, Augmented, and Mixed Realities), a new SIG formed by co-chairs Sally Kellaway and Jamie Telford. We packed the room and lots of great discussions were had; ideas and interest in using VR to not only continue creating forms of entertainment, but also benefiting the physically impaired individuals, as well as the mental health of people suffering from PTSD and other traumas.  Attendance at this first meeting was very high, and the discussion could have easily gone on for multiple hours. On a personal note the attendance was mostly male, and non-audio based, but I am glad that women and audio were still represented and I am excited to see those numbers hopefully grow in participation as VAMR moves forward!

To sum up some of the highlights of GDC for me, the Game Audio Podcast continues to be one of my favorite events.  Every day, at 7am, Damien Kasterbaur, Luca Fusi, and many of us Game Audio affectionatos make an early morning crawl/stumble/stroll down to Sightglass Coffee. By 7:30am we do the table sync clap, and the podcast begins recording.  At the beginning of the week the attendance is roughly 20 or so people, by the end the room is packed with rows and rows of audio folks, sipping coffee, and sharing stories of the week, favorite panel recommendations, and discussion topics. If you are in Game Audio, I highly recommend attending one of these recording sessions when you can.  Not only is the gathering and interaction during the podcast a great time, but the hour or so of discussion and mingling afterwards is worth the plane ticket to GDC week alone. Oh, and I can’t talk about the Game Audio Podcast and the community of game audio folk without mentioning #CarouselCon.  For, what I gather, many years at GDC, every day around lunchtime folk are encouraged to gather behind ‘the Carousel’ at Moscone South to mingle with their fellow audio folk. The regular attendance and desire to connect and share ideas at this space had become so regular and inspiring, that Matthew Marteinsson

started joking that we should start a conference at the space… a year later, and after pressing buttons and ribbons with the new logo, #CarouselCon was officially born, complete with microtalk speakers on the green!  Extreme kudos to Matthew for pulling this off. Not only did #CarouselCon offer more opportunities to encourage our peers to speak in public in a fresh outdoor environment, but it also gave those who couldn't afford above a GDC Expo Pass the opportunity to see some audio talks live! Other highlights include meeting and hearing the amazing Elvira Bjorkman of Two Feathers talk about creating new languages for fictional races, on the green with bagels, meeting with GVAC (the G.A.N.G. Voice Actors Coalition) over dim sum, and having the honor of being the first female to host/mc the Game Audio Network Guild Awards! What a rush! Well, since this blog post is very much overdue, I will hold back the endless amount of positive things I can say about how this year went, my favorite parts, and so on, but I hope you can share your thoughts and favorite moments as well in the comments below.  Hope to see many of you all soon at the next Game Audio adventure! 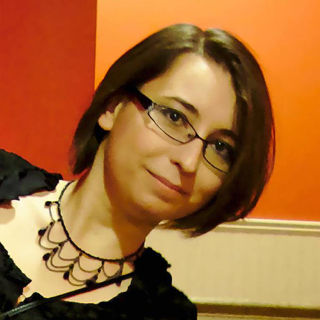 Game Audio VO, VR and more, Bonnie Bogovich is the former Audio Lead of Schell Games, title song singer and audio designer of “I Expect You To Die”, Co-founder of Super Smash Opera, Evenings in Quarantine: The Zombie Opera, and frequent arranger and collaborator of recording label “The Materia Collective”. She also dabbles in puppetry, is an active board gamer, sings regularly, and is self-declared ‘con-hopper’.

GDC Diary of a Sound Designer

Coming back home after GDC is generally quite liberating, in a way. Lack of sleep, your vocal chords...

GDC Diary of a Sound Designer

Coming back home after GDC is generally quite liberating, in a way. Lack of sleep, your vocal chords...