Animal Crossing is playable by the totally blind! These words have shocked many people to whom they have been spoken, and they even shocked me the first time I heard them. I couldn’t fathom how the blind could play this kind of game. I had certainly never played anything like it before. Nevertheless, now that I had heard it was possible, I had to find out how, and of course I had to try it myself. It shouldn’t come as much of a surprise to you, dear reader, that the primary reason Animal Crossing New Horizons is playable is its audio design. What may surprise you, however, is just how good it actually is. Sit back, relax, and I shall explain it all to you. 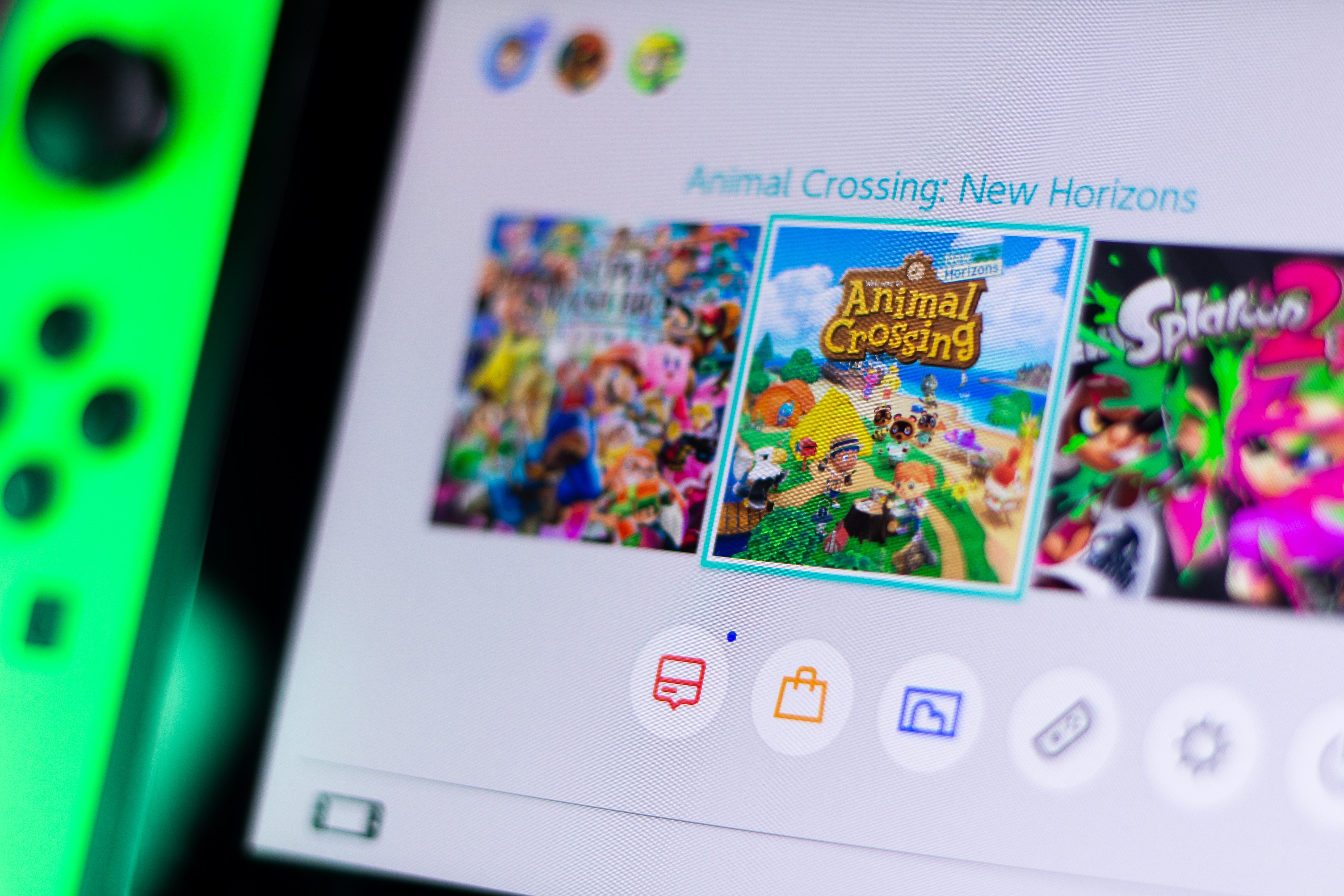 Photo by Felipe Vieira on Unsplash

For any game the blind can play, we need a lot of auditory information. We need to know where things are so we can find them, or in some cases just use them as landmarks. Animal Crossing does this very, very well. Not only are there different sounds for each type of terrain, making it possible for us to tell the difference between the beach, or grassy areas, or the plaza, but there are plenty of environmental queues. Get this. If there is any wind blowing in Animal Crossing New Horizons, you can hear it blowing through the trees, but not as just another ambient effect. No, you can hear the wind blowing through the trees at their exact positions on your island. This is the first game I can think of where we can actually use the wind itself to discover where individual trees are located. It’s phenomenal!

One of the greatest and most helpful things, though, is your ability to make your own audio landmarks by placing certain items in important areas. My house, for instance, is on the edge of the south beach, allowing me to use the beach as a baseline. I then placed a permanently lit campfire just to the left of my house, ensuring that if I walk along the south beach, I will hear that campfire and find my house every time. To make life even easier, I later placed the shop on the other side of that campfire, so all I have to do is step outside my house, walk around to the left so the campfire is on my right, and there’s the shop door. A third example is my placement of my island’s museum, which is right next to a waterfall on the north side of my river. Why? Because the waterfall is very loud and easy to detect, making it the perfect natural landmark.

Don’t worry, though, I’m not even close to being done. There’s plenty more audio goodness to be discovered in this game. I’ve already talked about how we know where trees are, but I haven’t covered the act of collecting from those trees, or anything else really. There isn’t much to say except that when an item drops to the ground, it makes a sound as it lands. These sounds are also perfectly positioned. So when I swing my axe at a tree, I can tell sometimes that the fruit from that tree landed on the same side of the tree as I’m on, whereas the wood landed on the opposite side. The audio positioning is, truly, that good, and keep in mind this game doesn’t even use surround sound.

Speaking of collection, though, what about those balloons? What about bugs, fish, and fossils? Well, balloons are the easiest. In fact, the deaf/hard of hearing community has lodged a complaint that balloons can be heard long before they can be seen, which is true. As a balloon floats through the air, the sound it makes is very, very distinct. All we need to do is move toward that sound so it becomes loud, then center it in our headphones, and fire that slingshot. I have taken down several balloons in a single shot because they’re so easily trackable. Sometimes it will take several attempts, but usually I’m just not close enough, or the balloon floated behind me. I always get it eventually.

Bugs are a bit trickier. There are bugs that make noise, such as the honeybee, long locust and loudest of all, the mole cricket, but many, many of the bugs make no noise at all. So yes, this is a bit more difficult a problem to solve. What we’ve come up with isn’t technically audio related, but I’ll mention it here for the curious. The strategy for a blind person is to section off an area of your island where you plant many flowers, and leave many tree stumps. Bugs will often come to these places, making it technically possible to catch a couple if you go to that area and start swinging. 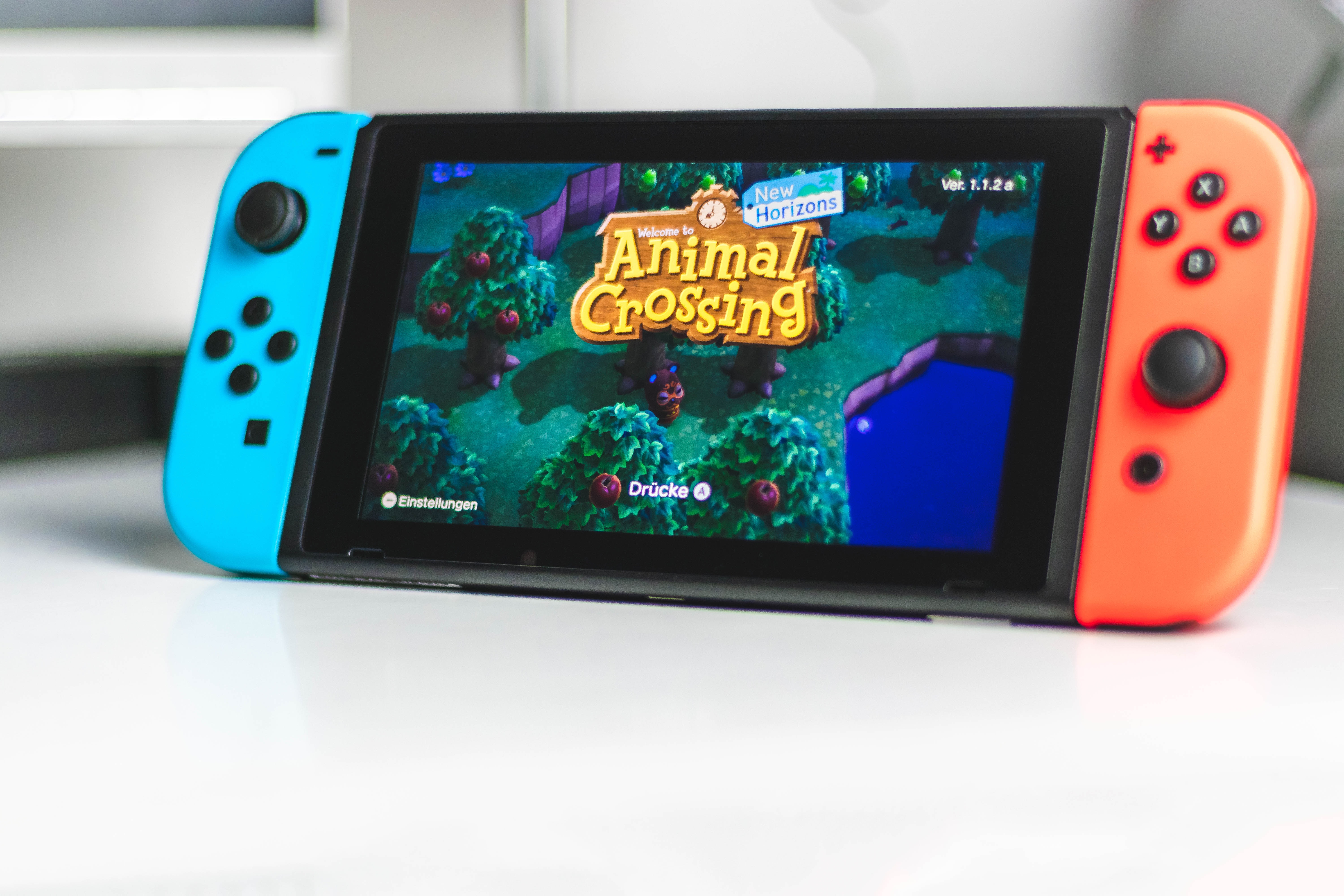 Photo by Sara Kurfeß on Unsplash

Now let’s talk fish. On the surface, (that’s a water pun), fish wouldn’t be easy for a blind person to catch. The instructions for catching fish specifically say that you have to cast your line in front of the shadow of a fish. And no, fish do not make sound when they’re in the water. However, if you use fish bait, it actually summons a fish right to you, or very very near you. And as it happens, the clams you use to make fish bait do make sounds when they’re underneath the sand. The tiny little water spurts they give off are all the indication we need to find them and dig them up. Again, sometimes this takes a few tries, as we don’t always hit the correct spot exactly, but it is certainly doable.

There are a few interesting audio notes about fish, though. While they don’t make sound while swimming, a fish interested in your line does make a series of sounds. One for nudging your bobber, another much larger sound for when they latch on and get hooked, and finally the sound of you reeling them in. This last one is the most interesting, though, and here’s why. It is actually different depending on the size of the fish you’ve hooked. Little splashes for little fish, big splashes for, well, big fish. So, to fish, we throw out our fish bait, then cast our line a few times around us until we hear the interesting sound. We then wait for the hooked sound, and one press of A pulls the fish right in. It’s unfortunate that we basically can’t fish without bait, but at least we can do it at all.

So let’s talk about fossils. Unfortunately, fossils are very, very difficult for the blind to dig up, as the appropriate dig spots make no sound whatsoever. Therefore, I don’t have much to say about them, at least when it comes to digging for them on your own. However, the next topic will cover a solution for even this problem.

Next up in this compilation of auditory awesomeness, interacting with friends online. I couldn’t ask for this to be any better without asking for things like chat narration via text to speech, which I don’t think is very likely. At any rate, interacting with friends online is as easy for your friends as it is for you. You can hear every single thing anyone on your island does. Not omnipotently, of course, but the distance from which you can hear things is very long. You might think this isn’t a big deal, but many many games, even online ones, wouldn’t play sound for things your friends do, even if they’re near you, unless they directly affect you or your enemies. Firing a weapon, for instance, but not playing a sound for equipping a new one. Well, in Animal Crossing New Horizons, you can hear… everything! If your online buddy pulls out a different tool, you can hear that. If they shake a tree and pick up the branch and/or the fruit from it, you can hear all of that. Everything they can do, you can hear them doing it. This is especially helpful if your friend is helping you with the previously-mentioned fossil collection. Since fossils don’t make noise, just have a friend hop on, find a fossil spot, stand near it, and clap. You’ll be able to hear it from far away, track it, and then dig up your fossil. Done and done.

I’ve also used this trick with friends that have agreed to give me things. They’ll stand near me and drop items. I can hear them drop so I go pick them up, but if for whatever reason I miss one, they’ll stand at the spot where they dropped it and perform any of the many emotes in the game, all of which also have unique sounds, by the way. It’s a system that allows for true online companionship, even if both players are blind, except of course for the fossil example in which case one must be sighted. But if I want to hop over to a blind friend’s island and drop him some fruit, that’s no problem at all.

Now we move into our final segment, which I will lovingly refer to as the crazy segment. Consider all the things I’ve already told you. Consider how awesome those things are, and now prepare yourselves to be amazed all over again. Did you know that, if I listen to someone walk in Animal Crossing: New Horizons, I can tell whether or not they’ve changed their shoes from the default? Yeah. All those terrain sounds exist, but they change depending on what kind of shoes you’re wearing. Nope, I’m not kidding at all. I don’t have these sounds memorized personally, so I couldn’t currently tell you which shoe was which, but I have definitely witnessed this happening for myself. It’s just stunning.

And speaking of stunning, I’m still not done. Let’s talk about rain. When it’s raining in Animal Crossing: New Horizons, everything changes. Yes, everything. The sound of wind running through trees becomes different as the rain also pelts them. The sound of things dropping to the ground changes as the ground is soggier, your footsteps change for the same reason, (and trust me stepping off a plane onto an island where it’s raining and walking across a wet dock is very noticeable), and that’s still not all! If you’re inside a tent or building, you can hear rain hitting the roof. But even better, you can hear this from the outside too, meaning that buildings and tents are technically easier to find in the rain! I feel like I need to say again that I am not kidding. This is truly amazing stuff.

So there you have it. This doesn’t answer all of a sighted person’s questions about Animal Crossing, (I didn’t go into detail on how we use optical character recognition for instance), but it does answer all the audio-centric questions. Next time you visit your New Horizons island, maybe close your eyes for a second and just listen. See what you can figure out. Animal Crossing has outdone the audio design of many, many triple A games out there, and I want everyone to hear it. 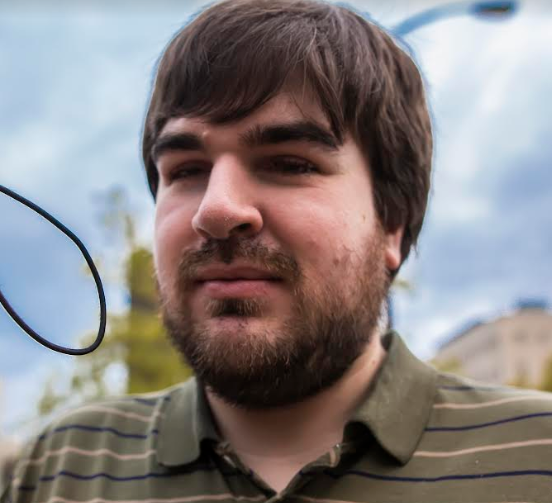