Growing up, I was very keen on car racing games; from playing Namco’s R4: Ridge Racer Type 4 on PS1 in high school, to the realistic Gran Turismo (GT) series, to the Need for Speed series on PC. I still love racing, but I never had a chance to get involved in a car racing project with complex Wwise feature requirements in my work, so I decided to build a simple yet comprehensive car racing system for GT Sport myself, using Wwise (2019.2.10.7490). I hope that this experimental project of mine will bring a bit of functional and design inspiration to my audio friends. I believe that my general workflow will be familiar to most sound/audio designers when starting new projects. My process consisted of: research and analysis, settings optimization, asset creation, Wwise authoring, and overall implementation. This project is certainly not perfect, and I would appreciate any ideas, improvements, and/or corrections you may have!

This article consists of 7 parts:

In addition to the original audio elements,  I decided to add some UI sound effects (timing extension, ready, final timing, overtaking), gear-shifting, and UI tones (to align with the steering wheel visuals). Also, as you'll see in the video below, in addition to the 3 default views, I added left and right look-arounds, as well as a backward perspective change.

The engine uses a Blend Container to hold the going-backward, idling, and going-forward loops. The RTPC curves are defined by the pitch, volume and low-pass filter, and are associated with the "Speed" Game Parameter.

I used Switches to associate with the "Speed" Game Parameter, identify the gears at certain speed values, and determine whether the vehicle is going-forward or going-backward. 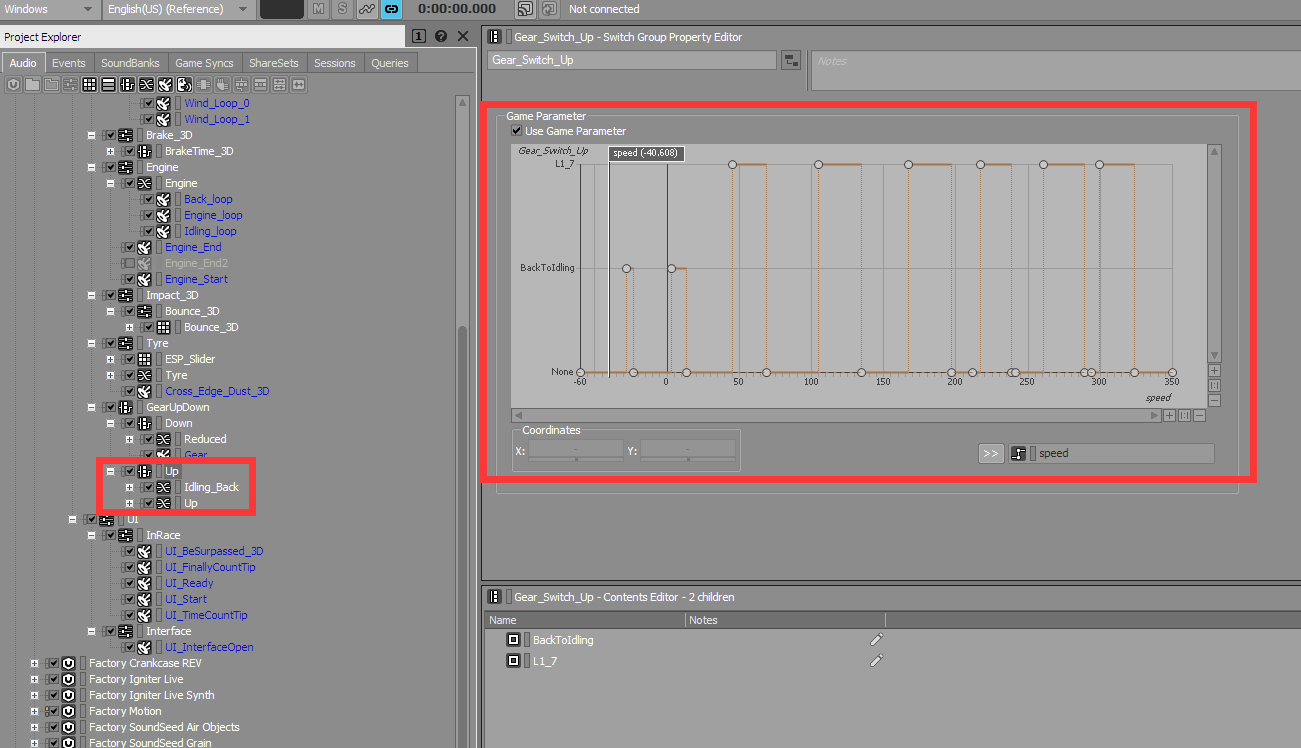 If we don’t make the distinction between the forward and reverse gear logic, both the gearing-up and gearing-down sounds will be triggered.

Let's have a look at the logic all together:

1. Goes backward, idles, then shifts up to the 1st gear: without the UI tone

2. Shifts up to a higher gear (from the 1st gear): with the UI tone

1. Shifts down to the 1st gear, idles, and then goes backward: without the exhaust-pipe sound

2. Shifts down to a lower gear (till the 1st gear): with the exhaust-pipe sound 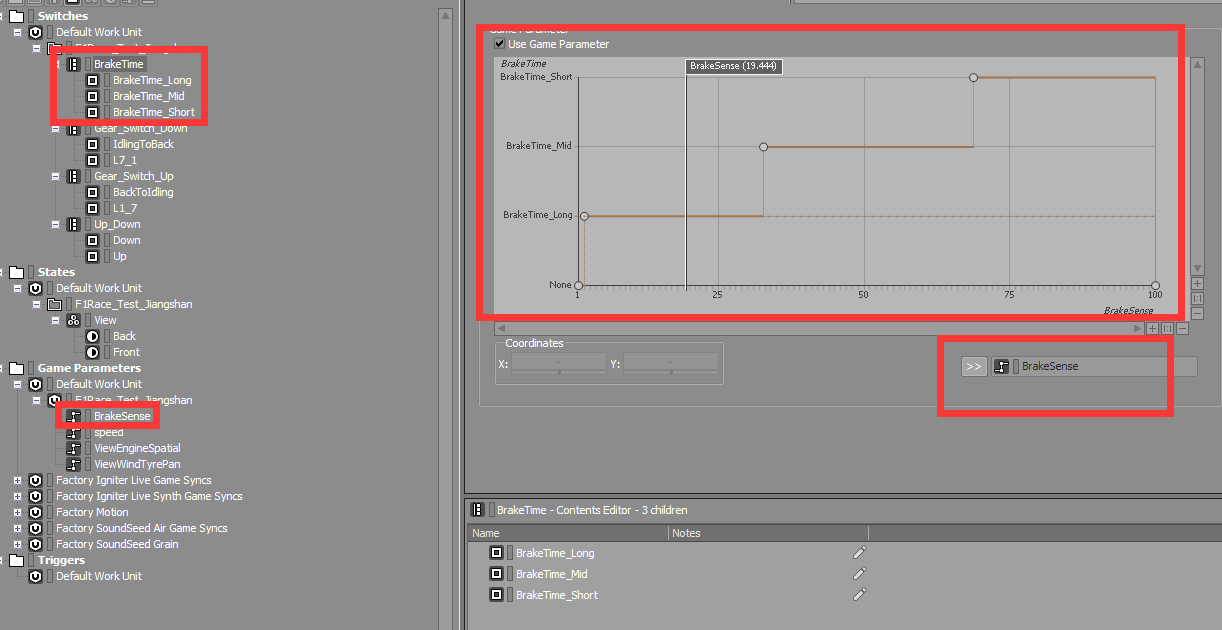 For collision, I also added 3D audio and I applied an Attenuation ShareSet. When the car hits the curb, a natural collision sound will be triggered. 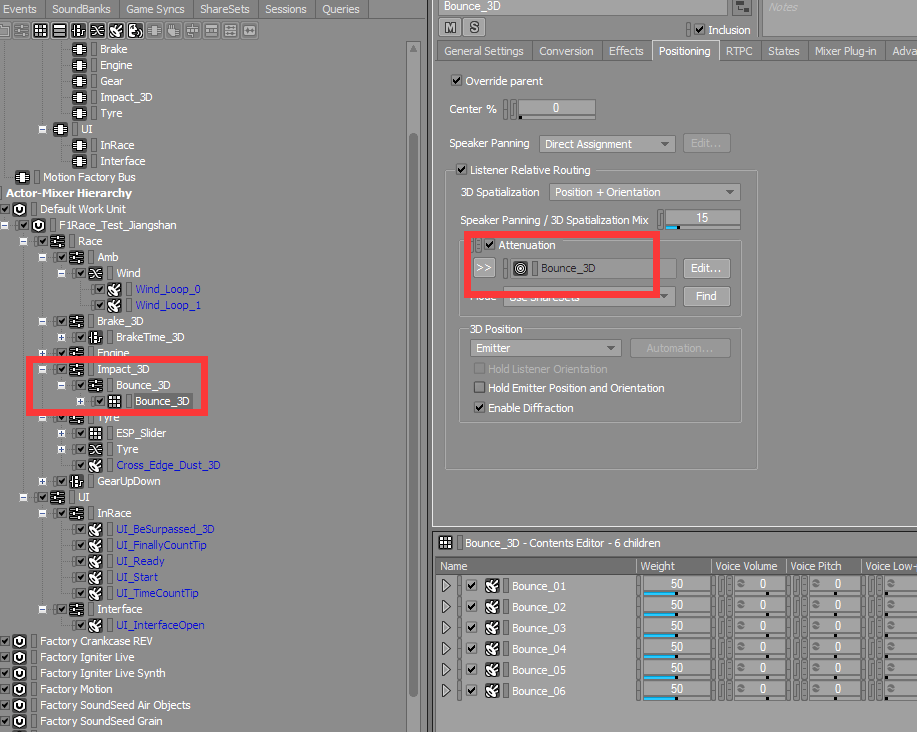 When you steer the car, there will be a subtle ESP anti-skid sound. To do this, I created a Random Container with 3D attenuations. It can be attached to the front-left and front-right wheels. 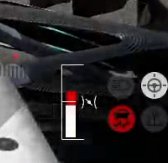 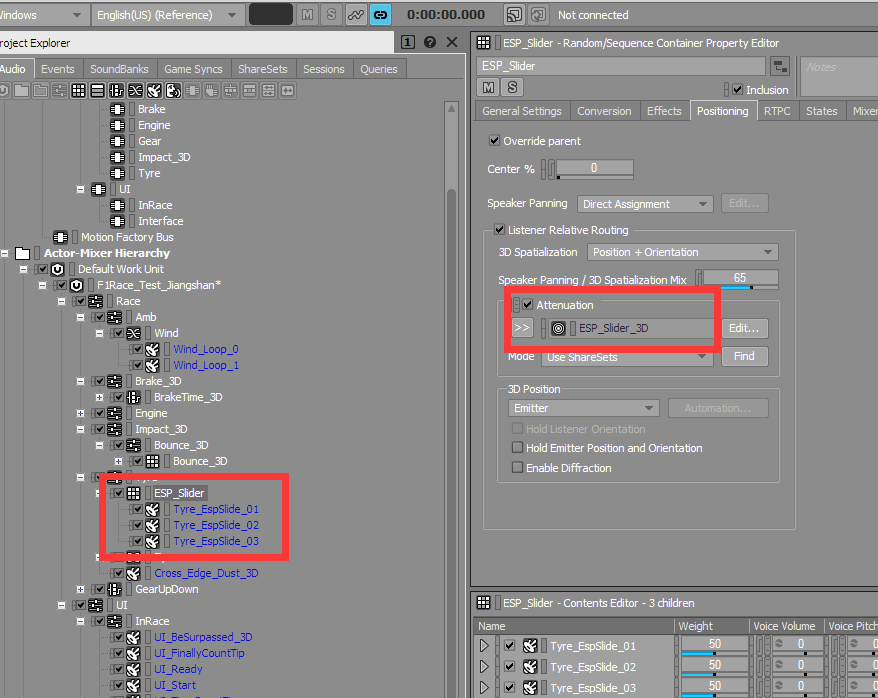 When the car runs on a gravel curb, there will be a 3D sound too. It makes sense to attach the sounds to the curb of the racing track. And you can expect a longer distance for the Attenuation ShareSet. 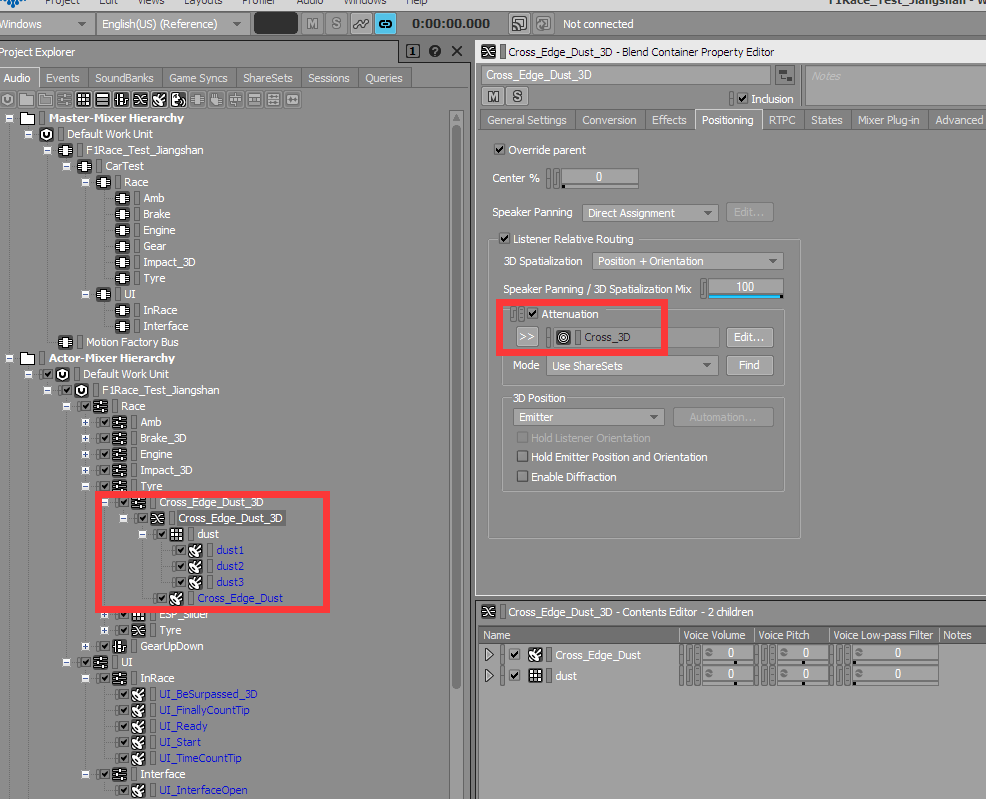 I created a 3D Attenuation ShareSet for the UI_BeSurpassed sound so that it will be more convincing when the car is overtaken. 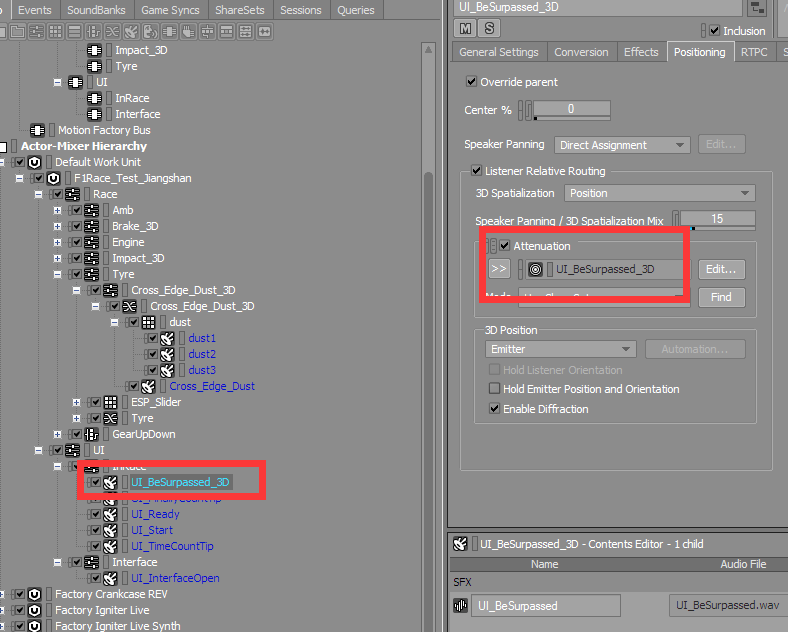 In addition to the engine sounds, tire noises and wind sounds, the "Speed" Game Parameter is also associated with the gearing-up, gearing-down, collision, ESP anti-skidding, and braking sounds. A higher speed means a higher volume.

The busses are organized in detail. Note that the UI bus is ducked against the Race bus. 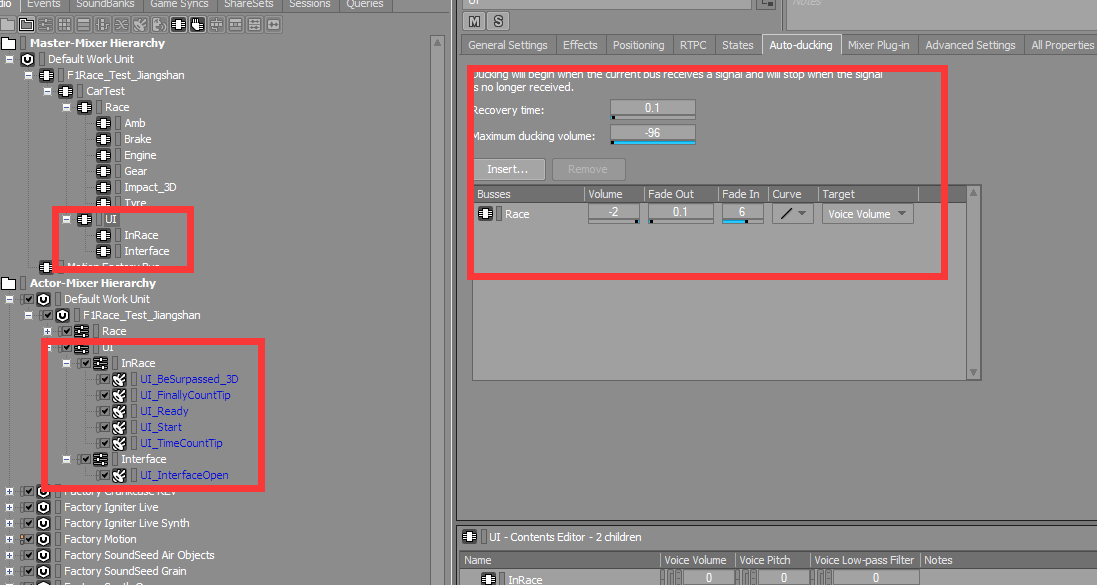 As I mentioned before, I added some view changes: left and right look-arounds, as well front and back views. By default, it only has three views: cockpit, hood, and third-person. Let’s see how this works:

Let’s take the front and back views for example. We only need a State Group to change the engine’s volume.

Finally, I created the "Engine-Start" and "Engine-End" Events with delay applied. Now, let’s start/stop the engine, and try to gear-up/down. See what happens in the video below!

And that's my version of a car racing system for GT Sport using Wwise! Thanks for reading! 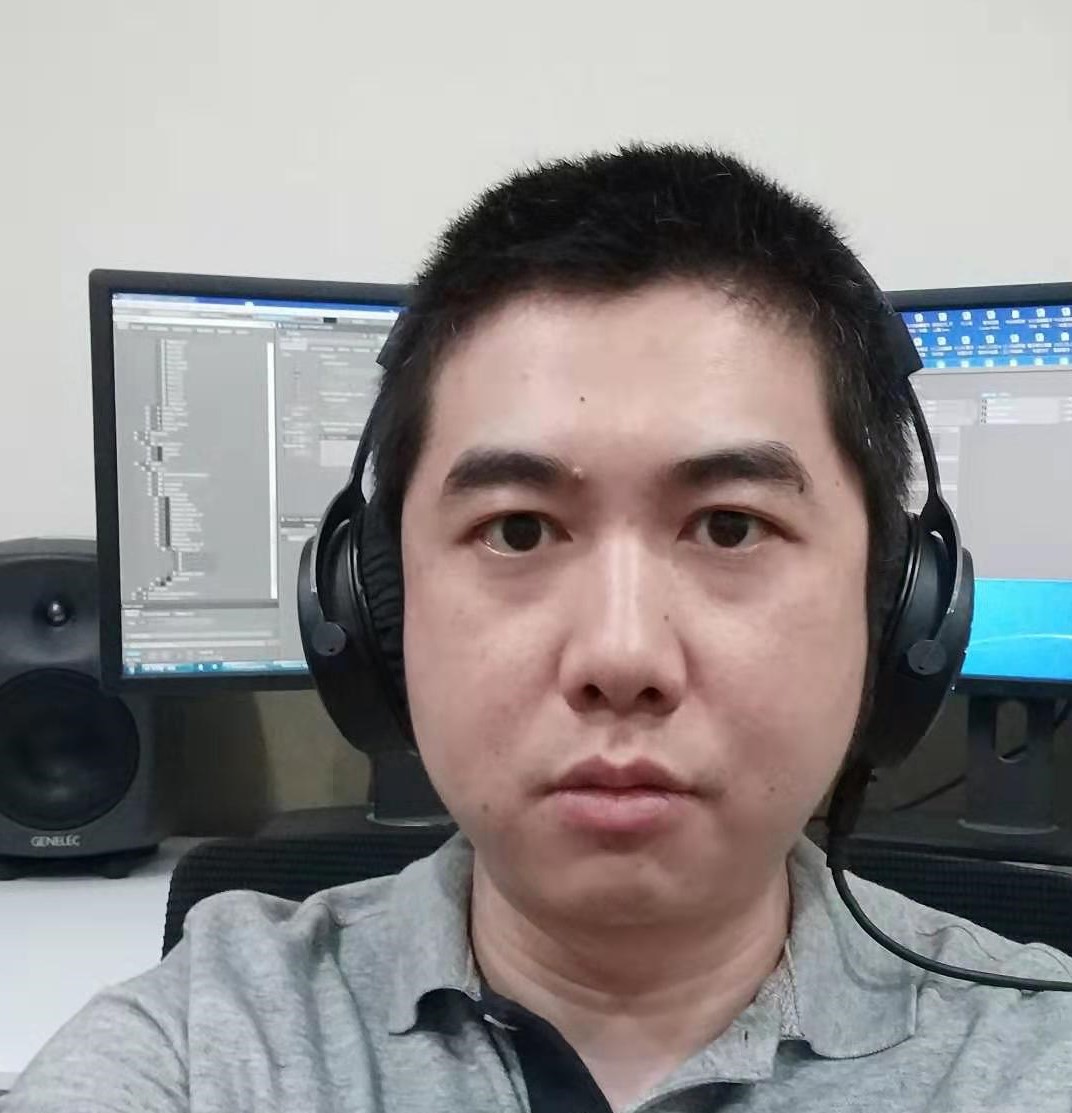 I am a sound designer with ten years of professional symphony orchestra experience and graduated from the Orchestral Department of the Wuhan Conservatory of Music. "Like the popularization and promotion of symphony, it is the mission of every audio designer to promote and popularize good audio design."