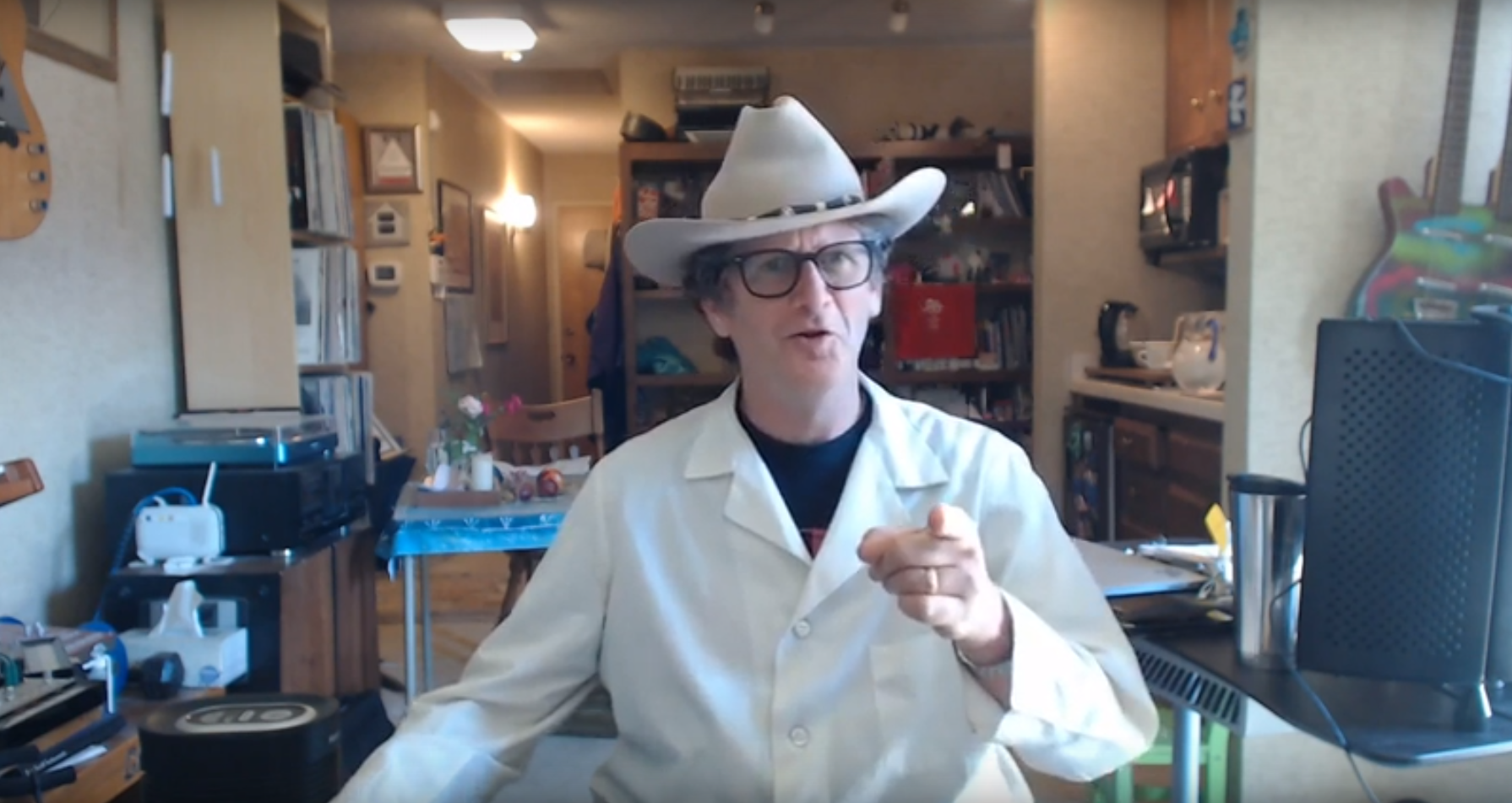 Hey you Wwise Wwizards and Wwitches, this one is for you, and it’s all about how do-able (and actually fun) it is to learn Wwise and make stuff happen fast—at any age, at any stage.

If you’re a beginner, you’re going to learn some chops and have a fine time doing this exercise yourself.   If you’re already a seasoned veteran, I hope you’re going to get a grin out of watching a fellow old dog learning his new tricks.  Best case scenario: while you’re watching you’ll be spit-taking and yelling at the screen when I’m about to make a blunder.  As always, aim your nose-coffee away from the keyboard.

Bear in mind that I’ve been doing game audio for a good long time, but when these videos were made I’d only been learning Wwise in background for a few weeks.  Also bear in mind that less than a year later, Bleep Bloop, I’d leveled up to where I was capable of achieving technical sound design credit on Oddworld:  Soulstorm, one of the largest Wwise/Unity projects ever, fighting my way through some very cool and complex legacy code and Wwise interactions with a flashlight, whip and pith helmet, but that’s an outfit from another story.  This story has a lab coat and a cowboy hat, and it’s all about you, and what you can do with Wwise, and how Your Sound May Vary.

HOW Quick on the Draw?

We start with this question:  How quickly can we just dive right in there and sketch up a prototype of an interaction idea in Wwise?  We both want to know.  Because maybe a musical idea is a good idea, and maybe it's a bad idea, and you need to know that before you invest a lot of time and effort.  Short iteration loops, that's what we’re after in the "sketch phase."

You can invent a party game by creating the rules and inviting the players, but you don't really know how it's going to go until you've tried it out.  Likewise you can write a linear piece of music or create a bunch of sounds with some idea of how they should interact within a game or experience, but you don't know how much smiley or frowny it will bring when the people start messing with it.  The art we are exploring here is not the art of linear composition, it's the interactive audio art.  So, until you hear and feel and test, you don't know what the experience is.  You're painting with your eyes closed.

That length of time between idea and prototype/experience is critical to interactive composition--perhaps as important as, when you're doing conventional recording, the latency between hitting a key on your piano and hearing a sound.  Or the time between when you drag your pencil across the sketch pad and when it leaves a line.  Of course, I'm exaggerating, but how much am I exaggerating, really?  You decide.  It will make you think, and these things need thinking about, because they are new.

Let's Give it Five Minutes

So musing over all the above, I says to myself, George, I says, let's pick an ultra-simple, of-course-we're-going-to-do-this-again useful integration, and see if we can't, with our current skills, slap together a working prototype in under five minutes.  And hey, let's do it live on YouTube because I don't know why.

The challenge was to be track-swapping.  Because, as I say, that's something we'll surely do again, and because I already had the content lying around from a previous project, a driving game;  The content I had was six stereo versions of one tune.  They were all at the same tempo, but each played in a very different style representing the personality of one of the six drivers.  Whenever a driver was in the lead, the music was to cross-fade to his/her style.  I'd never really gotten to hear that content "in action," because...no Wwise.   (Frowny Face.) Until now!  (Click "Like!")

Here’s what you do:

For the thrill of being able to experience this thing in real time, I’ve created a video playlist for you. The videos will walk you through what I did, and to be sure not to bore you, I put those little messages into the video to let you know when it's OK to skip forward over the parts that aren’t critical to The Mission.

Here’s what you’re in for:

001-2: Project  --Me attempting the feat in 5 minutes live on the web, down and dirty and fast.  It runs a little long.  Did I achieve success?  Watch and see.  AND try doing what I do, along with me, so you can learn where the traps and dead-ends are.  Step-by-step instructions and illustrations are provided  in my article “Don’t Even Ask How I Did It.”

001-3: Results  --Self-indulgence.  If it feels right, sit back, relax, and listen to what we accomplished.  Not bad, not bad.  This runs 9 minutes.  So since you’re probably burning to get to the good stuff, just skip this.  I don’t need the YouTube views, I’ll be OK.

001-4: Cleanup  --Again, fire up Wwise and play along with me, doing the same as before but this time we’re doing it for real and doing it right, avoiding the dead ends and fixing the glitches. 10 minutes, but it will take you longer because I occasionally speed up the speed for the sake of speed. Because I care. About You. <3 And I do it fast. Furthermore, tell you what...if you’d like a step-by-step for this video, let me know in the comments below, and I’ll whip one up for ya. How’s that for service? :D

001-5: Conclusions  --4 minutes of sweet, short review.  This is the take-away.  Don’t skip it.  It’s The Good Stuff.  Until you watched the earlier videos, you might not have totally gotten it, but now you are nodding your head sagely like a true Wwizard/Wwitch.

Here’s a link to the video playlist.

I can think of several different very useful and effective things you'll be able do with a technique like this, and I'm sure you can, too.  List your ideas in the comments below, and we can get into those in a later installment.

I used a tune I had written for Monty Goulet's unpublished game Cosmic Highway, and he's given me permission to link you to the files here.  But you can easily make your own tracks by just making four distinct stereo mixes of anything you happen to have in your DAW right now.  OR make something cooler.  And SHARE YOUR RESULTS HERE!!

Your Sound May Vary, and we wanna hear that. 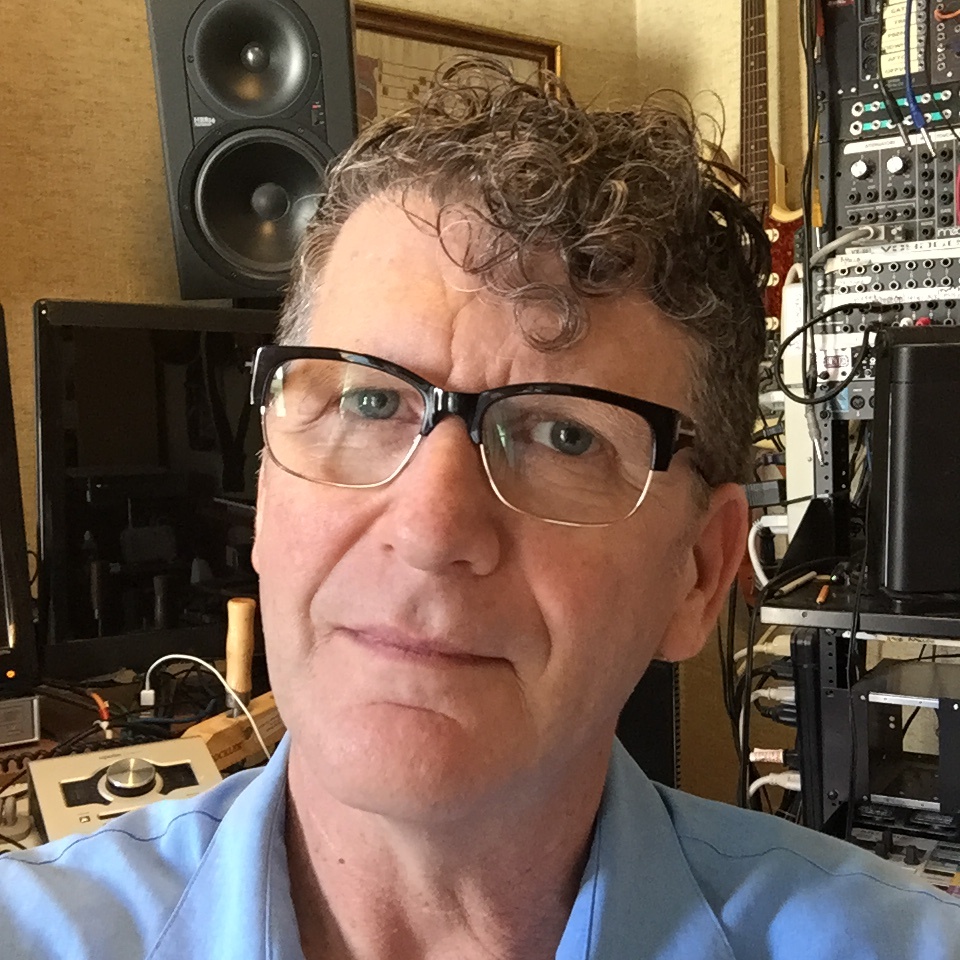